The O’Mahony house on Brooklyn’s 19th century Gold Coast has been given a new lease on life by a vibrant family of five in love with the energy of Clinton Hill – and eager to commit their future there. Built in 1867 in the French Second Empire style, it is modest among the grand mansions of oil barons and prominent merchants. It remained a one family home until it was chopped into apartments for a second life in the mid 1900s. A huge bay window was removed in the 1920s, replaced by the immense multi-pane “picture window“ that dominates the parlor floor.

The family’s charge to the design team:

With the creative arts being central to the family’s life and spirit, they did not want “safe.” Engaging – stimulating – fun and whimsical – highly personal – not afraid of “risk” – were the watchwords of the vocabulary. Baxt Ingui collaborated comfortably throughout with Shanti Crawford of Indigo & Ochre Design to create a one-of-a-kind home that is comfortable, practical and in sync with this high spirited, creative family – and the new vibrant energy of Clinton Hill. 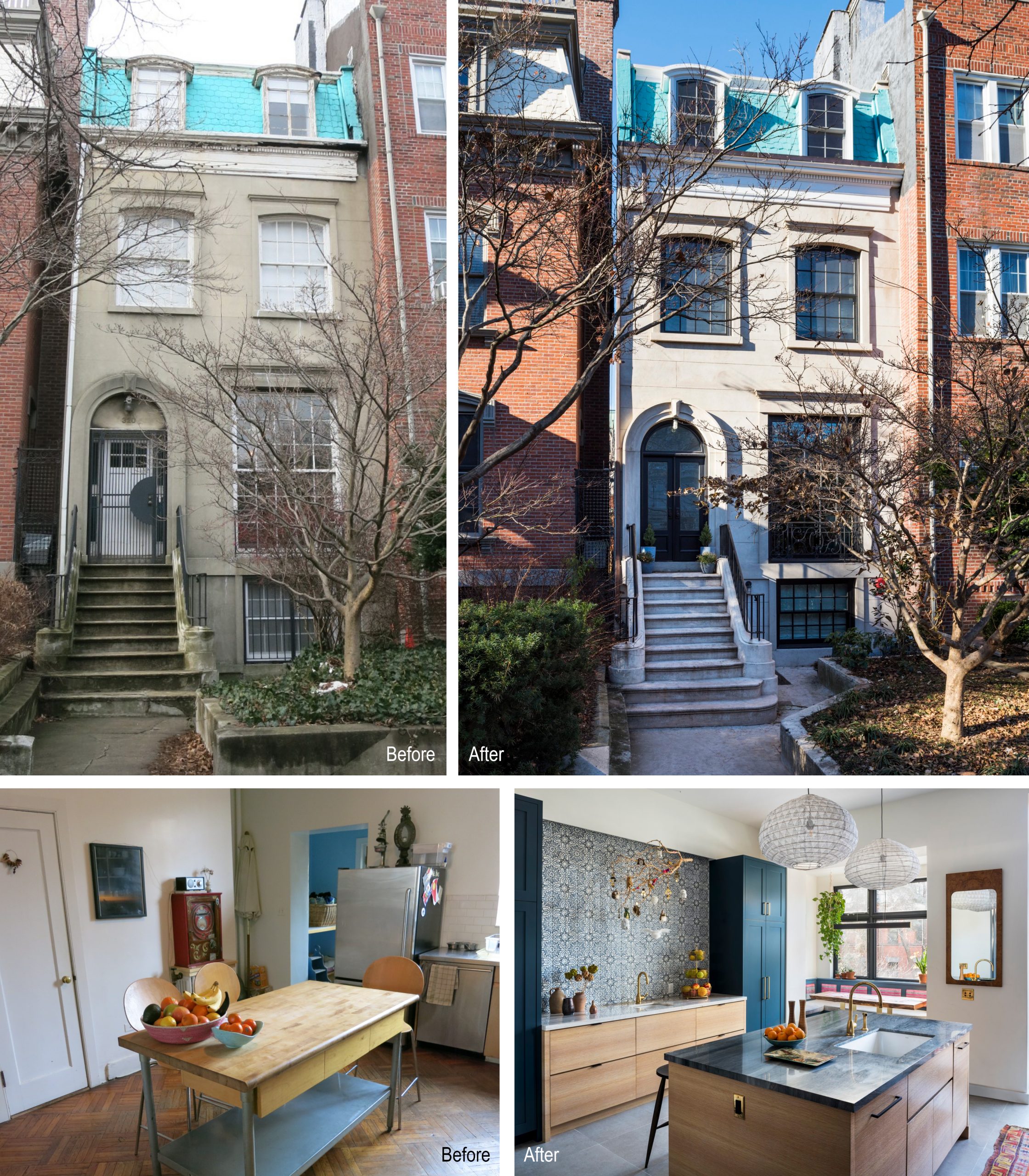 See the complete project page for more newly interactive Before and After images.