Without undergoing major structural changes, this unique Clinton Hill project, originally built in 1867 in the French Second Empire style, had undergone previous renovations in the mid-1900s that split the home into separate apartments and included a partial width rear addition. In returning the home to its original single family occupancy, the rear addition was retained and modified to allow a sunny breakfast nook off the kitchen and a relocated deck that doesn’t encroach on the rear yard. The paint was stripped from the brick and the openings were restored to their original locations with new stone lintels and sills. New windows with divided lites, new roof tiles at the mansard, and a refreshed cornice brought the facade back to life without changing the original footprint. 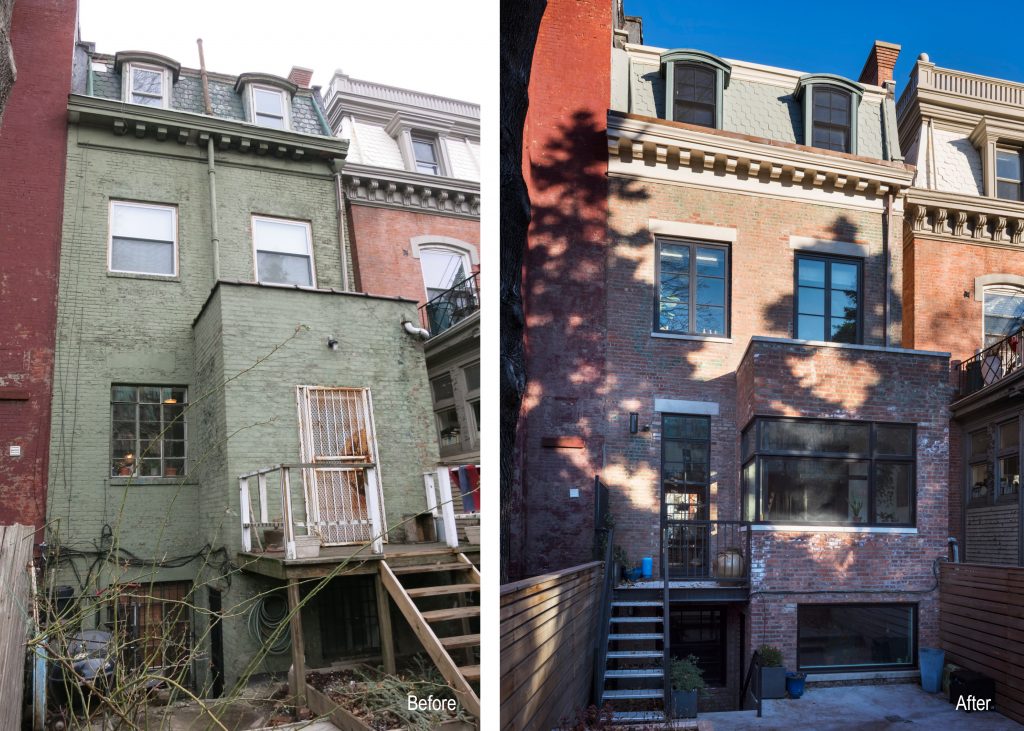