We are approaching a milestone in Baxt Ingui Architect’s history as a leader in the New York green building environment – the twenty-year anniversary of our first residential photovoltaic solar array! This project is exciting because it is among the first residential solar installs in Brooklyn.

Due to the newness of solar technology, it took nearly two years from first conversations with installers (from Vermont) to operation. The home is in the Cobble Hill Historic District, so the array could not be visible from the ground. Many people helped us achieve this, including the Landmarks Preservation Commission, the Building Department, the NYC Bureau of Electrical Control, and ConEd. Each of these entities were learning “on the job” and writing procedures as they went along. As such, this project paved the way for future solar installations, a process that now takes only a few months.

When we installed this array, solar panels produced 100 watts/panel – and the forecast for payback was 22.5 years. However, between conservation and rising electrical rates, the homeowners broke even within 8 years. Well after payback, we replaced major components as  technology improved. Today, the panels and inverters produce 352 watts/panel each, providing about 70% of the family’s annual electric use. If this solar array were installed today, it could have an even greater capacity with more freedom of placement. 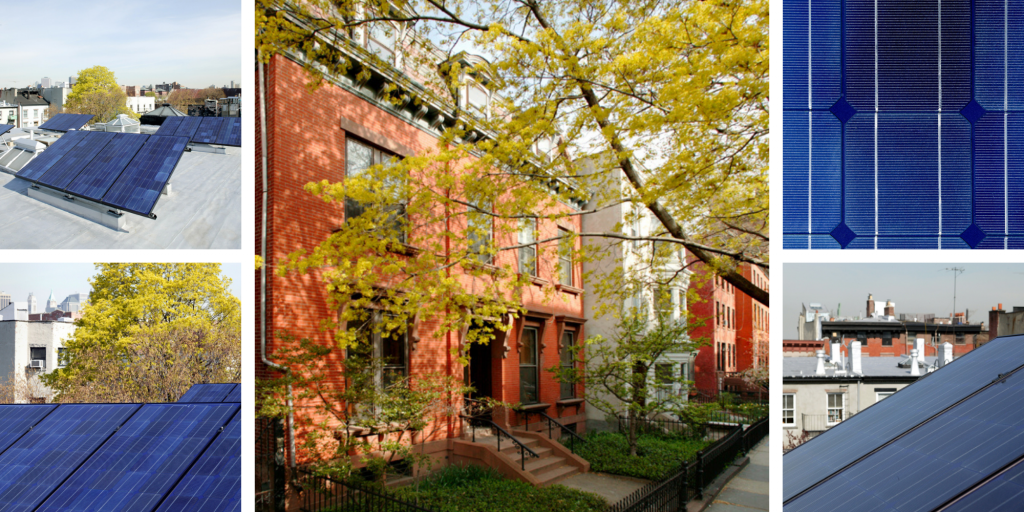 20 years ago, we did not know that advancements in photovoltaic technology would allow solar installations to become routine. If not in the immediate scope of our architectural projects, we almost always provide accommodation today for future installation tomorrow.

As we shift away from energy produced by burning carbon, renewable sources of electricity will become more common. Over the course of 20 years, it has been fulfilling to have been part of that evolution.

Read about our work as a leader in green building here.