Even without an addition, this rear facade looks very different from its starting point. Not only are the large openings to the parlor kitchen and garden family room new, we also added a steel deck with stairs to connect the kitchen to rear yard. The easily overlooked detail is the transformation of the brick. Like many New York City rowhouses, the rear facade was coated with a cement-based waterproofing product that adheres very strongly to the brick. We knew we wanted to expose the existing brick but also had some patchwork to do around the new lower level openings. In order to get the new brick to blend with the old, it took several attempts at removing the cement coating – so many, that we considered painting over the brick. After some serious elbow grease from the General Contractor, the finished product was achieved! We think it definitely paid off in the end. 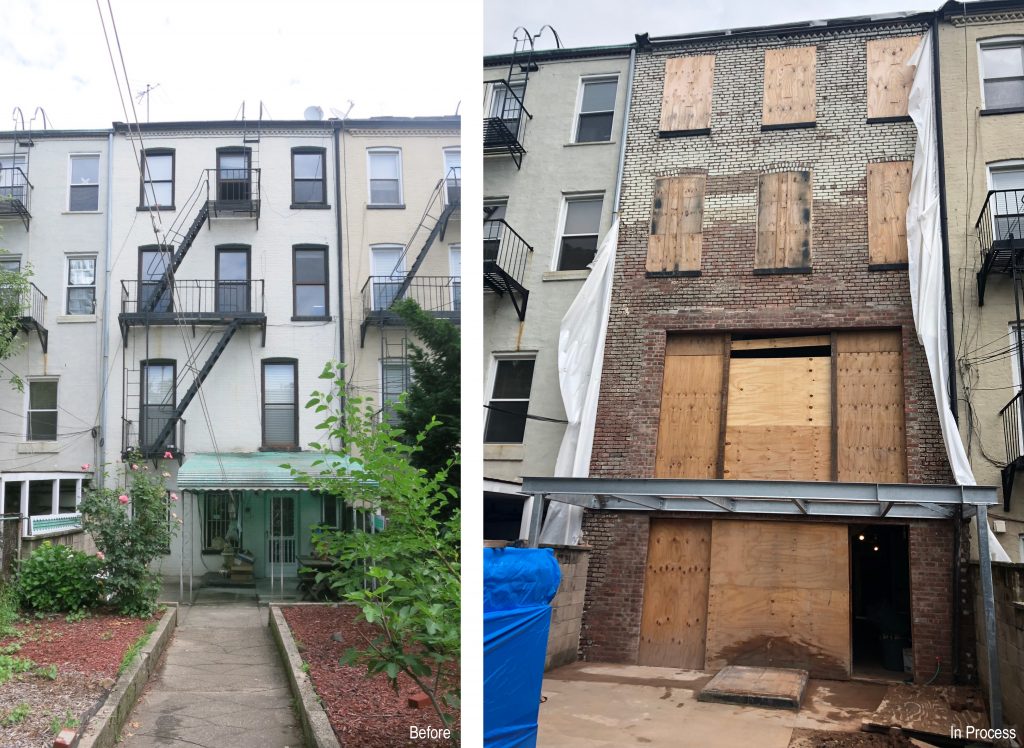 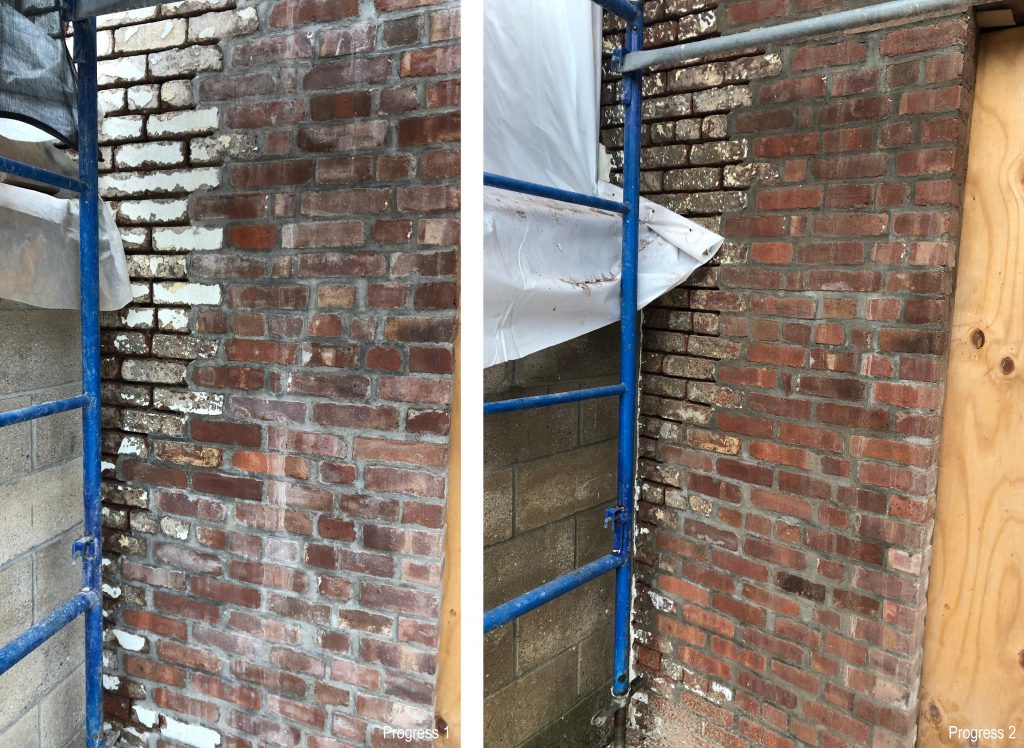 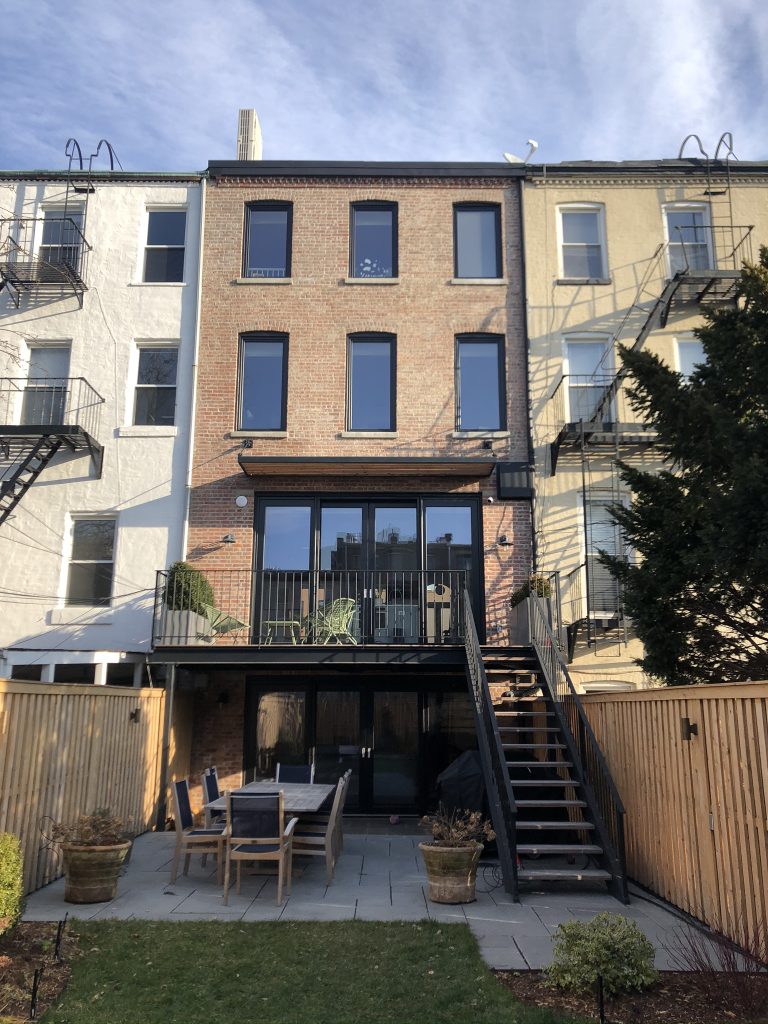